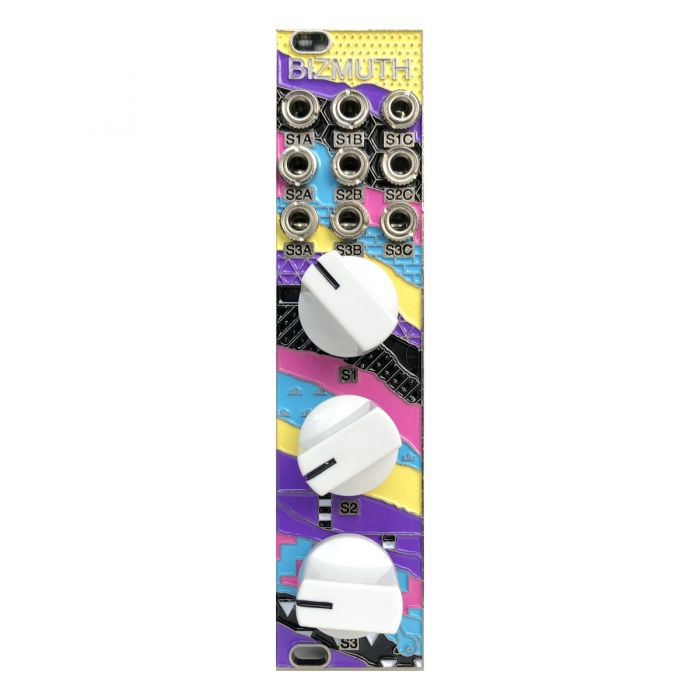 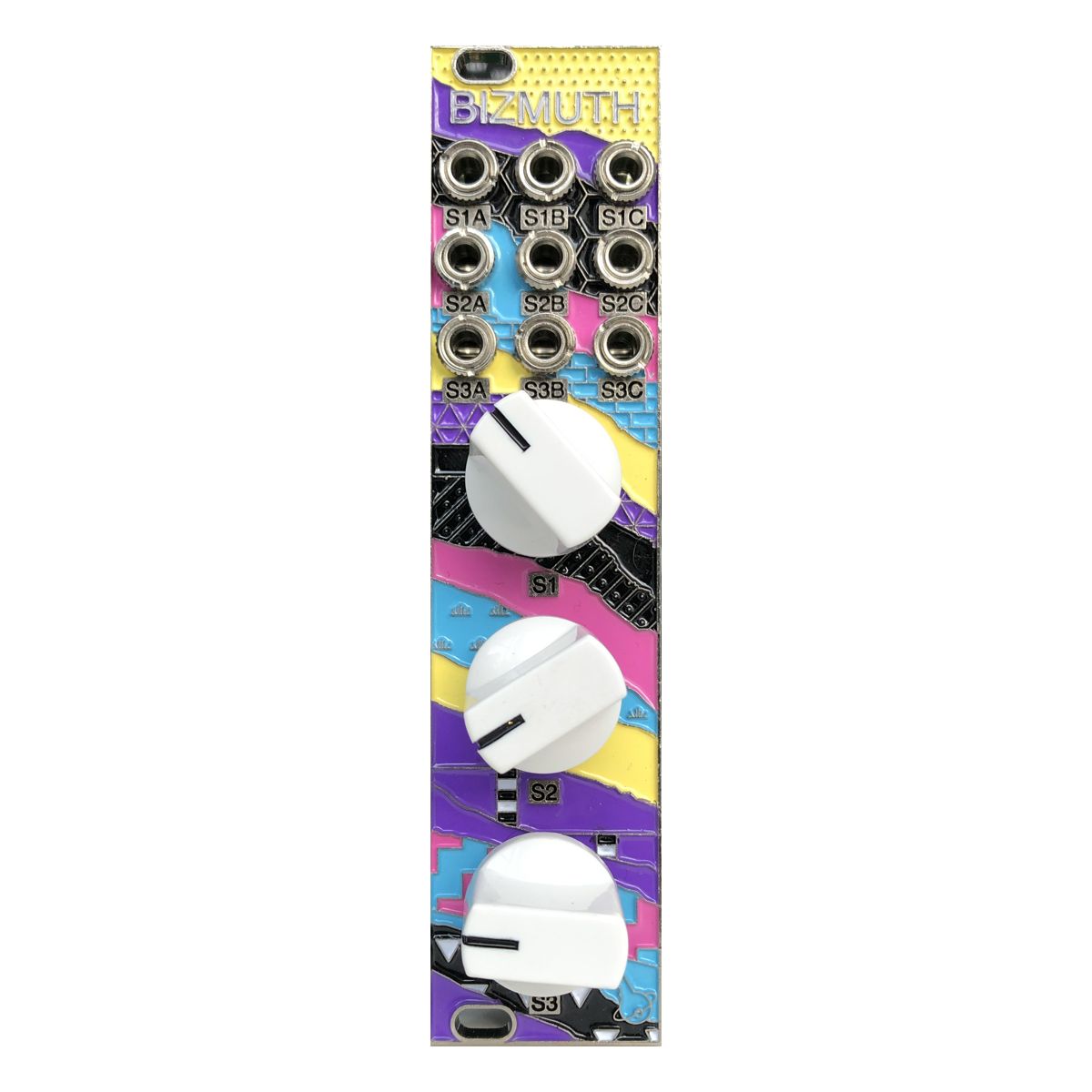 Bizmuth is a gesture based chaotic signal router and gate generator. You can route switch or combine up to six signals, or generate up to six gates by turning three endless knobs with one hand.Small tweaks can have large effects on routing or gates, giving the module a very tactile and chaotic feel.

If you are into noise, glitch, sound design, or chaos, Bizmuth is a great tool for you on stage and in the studio.

The module has three identical switches with three IO Jacks each: A, B and C. All operate according to the same four step connection sequence: A B C, A-B C, A-B-C, A B-C, and so on. A dash (-) indicates a connection

All jacks are bi-directional, which means you can use them as inputs and outputs as well. For example, you can route a signal from the B IO jack to A, A and C, or just C, just like you can route two signals from A and/or C to B. Here you can see a simplified graphic from the switch sequence. In the actual sequence there are four times as many switch positions.

Bizmuth has three preexisting connections also known as normalisations, which help you to realize more complex routing and to generate gates. All B IO jacks are normalised from top to bottom, and if a 16 pin power connector is plugged in, 5V is normalised to the top switches B IO jack. The actual gate out voltage is 4.8V

That means, that as long as you don’t plug a cable in a B IO jack, it will be connected to the B IO jack abowe, or 5V if it’s the top one. Try leaving all B IOs empty and patch any A or C IO to a gate or trigger input! Turn the knob of the switch and notice the gates! A total of 6 gates can be generated if you use all A andC IOs.