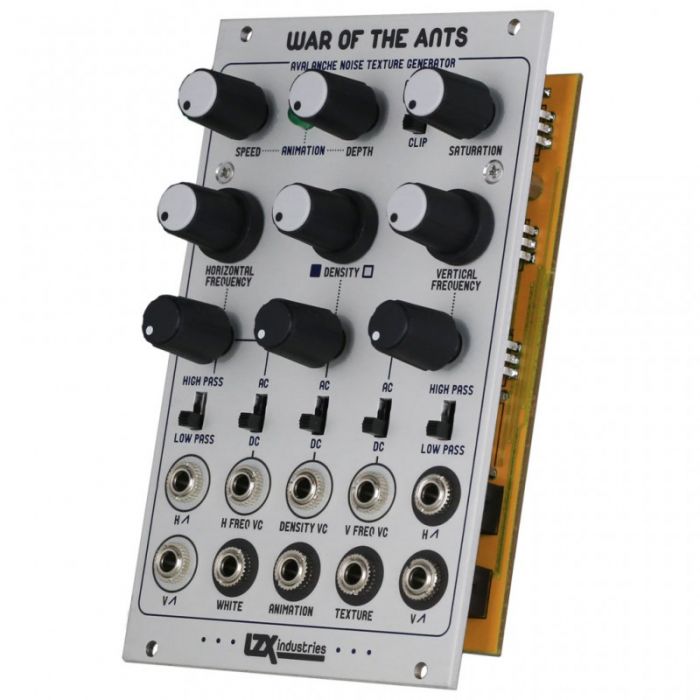 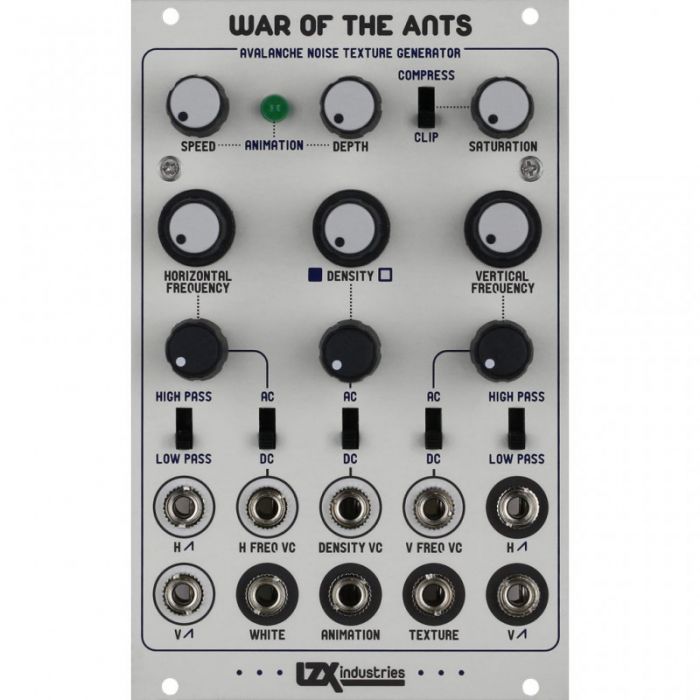 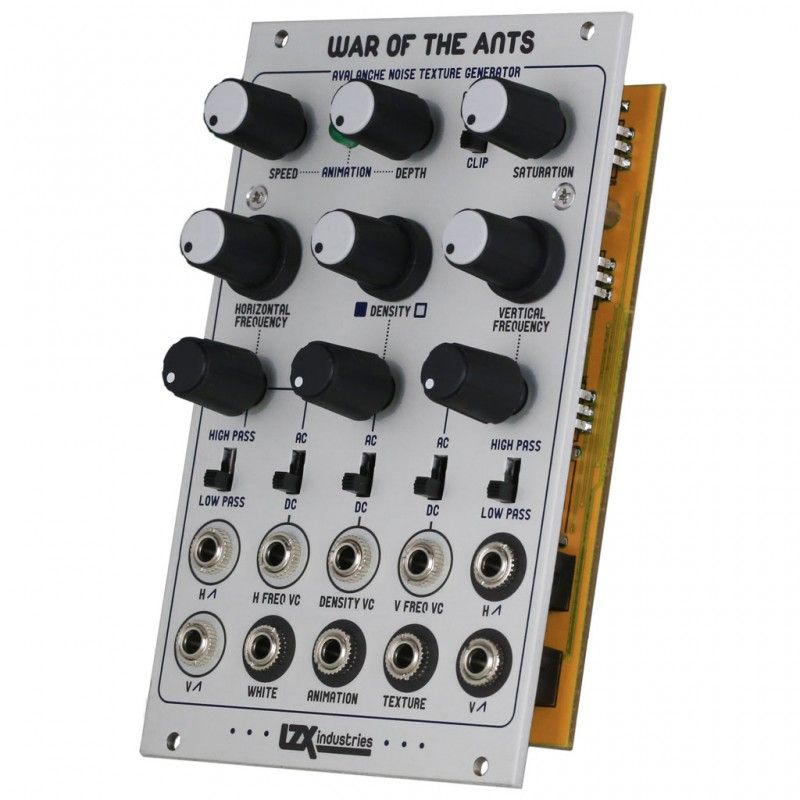 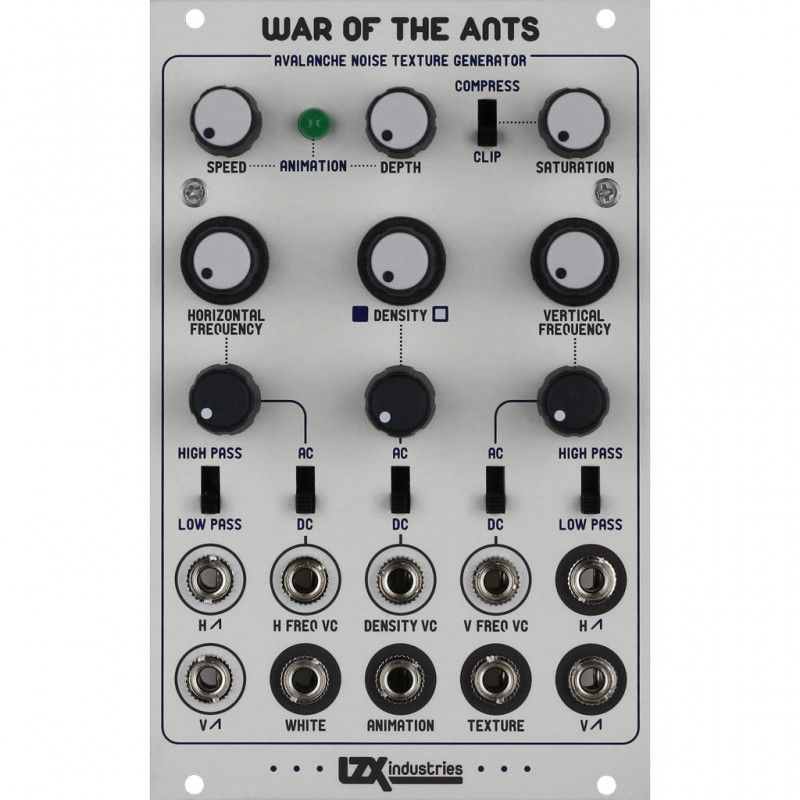 Be the first to review this product
£389.00
Sorry, this item is out of stock.
SKU
170825313818023
Wideband white noise video signal generator
Notify me when this product is in stock
Add to Wish List
Details

In many European countries television static noise, or "snow", is described using the visual metaphor of a war between swarms of black and white insects. War Of The Ants is our first dedicated noise and texture generation instrument for video synthesis. At its core is a wideband full spectrum noise generator based on amplification of the avalanche noise characteristic found within certain diodes. With the ability to modify and filter the separate spectral characteristics of horizontal, vertical, and low frequency noise, War Of The Ants is capable of generating textures that range from blinking starfields to buzzing grayscale grain to thrashing clipped snow.

Each filter has dedicated external inputs and outputs, allowing the module to act as a dedicated analogue 2D blur/sharpen processor in addition to a texture source.

Voltage controlled density adjusts the proportion of white and black in the final output texture, as well as providing an external signal source input before the saturation amplifier and filters.