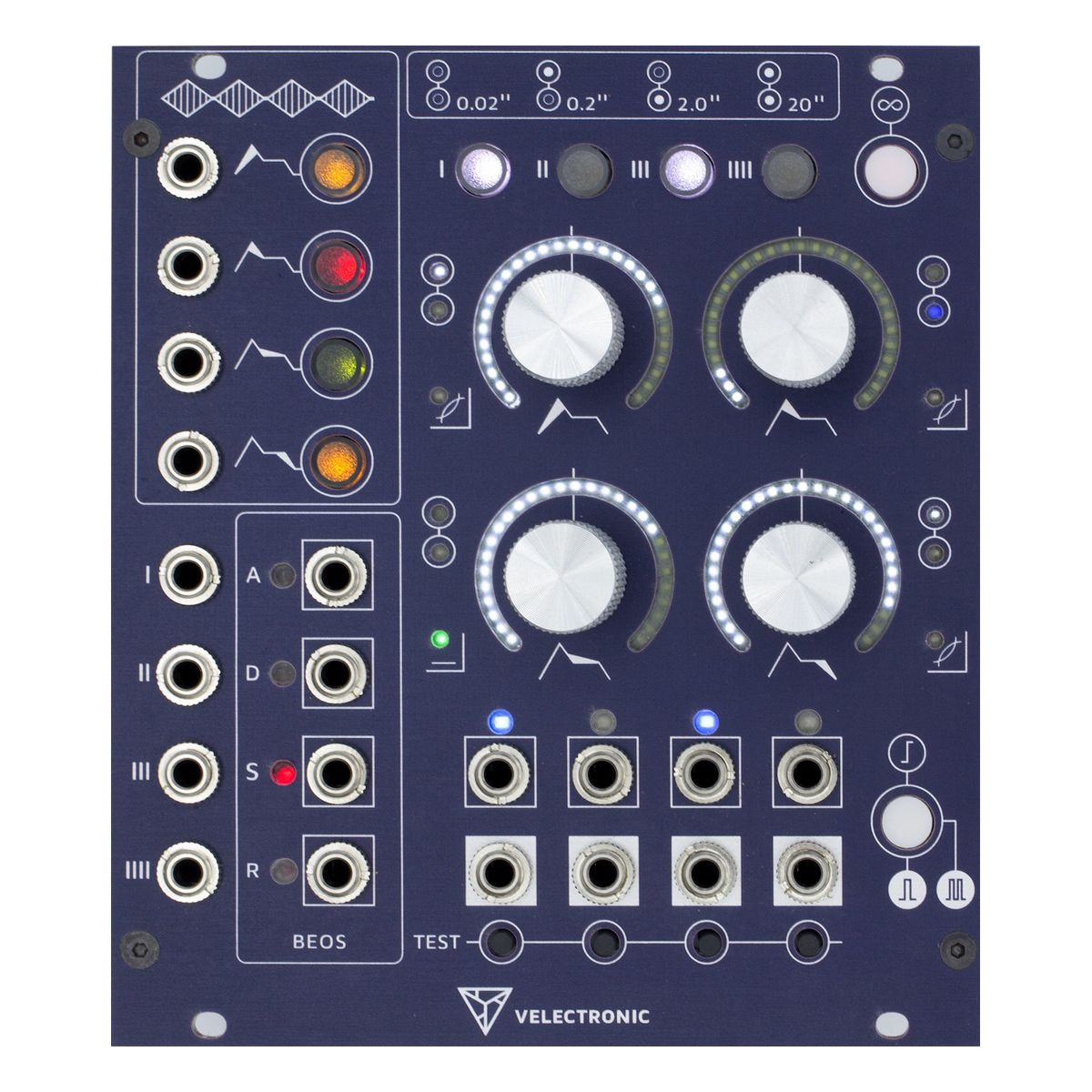 A-envelope was created in its basis to help and simplify the patching in polyphonic configurations. As we all can imagine, bringing polyphony to modular is a pretty tough thing to do because a good bunch of reasons like, space, dedicated modules, a lot of boilerplate patching and more, and even if sometimes we would like to have an harmonic duet or a three or four notes chord, we end up looking for wacky "workarounds". Additionally, during the iterative ideation and creation process some other interesting ideas came up and we could not hold us back from adding them.

Of course and as usual, every one of us will imagine very different application depending on our own use-case.

A-envelope is basicaly a four channel ADSR envelope with the capability of associating these channels in groups. Each of the channels has also modulation capabilities up to audio rate frequencies for every of the parameters of the envelope. Additionaly supplies configurable begin and end of stage outputs to easily chain events to create complex movements.

The A-envelope despite it is a highly configurable and complete element, its user interface is been made for permorfing. Has LED monitors for every move.

A-envelope allows to define channel groups, that shares configuration. This capability makes possible to define polyphonic configurations on the go up to 4 voices, in a simple way.

Each channel allows to

If the Gate mode is activated, the envelope will be automatically relayed at the end while the input signal remains activated.

If the Trigger mode is activated, the envelope will automatically re-launch when it finishes after receiving a pulse. Receiving a new pulse will stop the loop.

The user interface is meant to give a fast and direct access to every feature.

Instant visualization of each channel group thru the scale indicators and LED arches.
Direct monitoring of the signal and BEOS outputs thru specific LEDs.
Pulse / Gate

Selection of the entries work mode.

Selection of the entries work mode.

The power consumption it is been measured with all LEDs on.

The accuracy for all specified values is < 1%.
Dimensions

22HP
3U
38mm depth from the back of the panel to the power connector, including the connector.