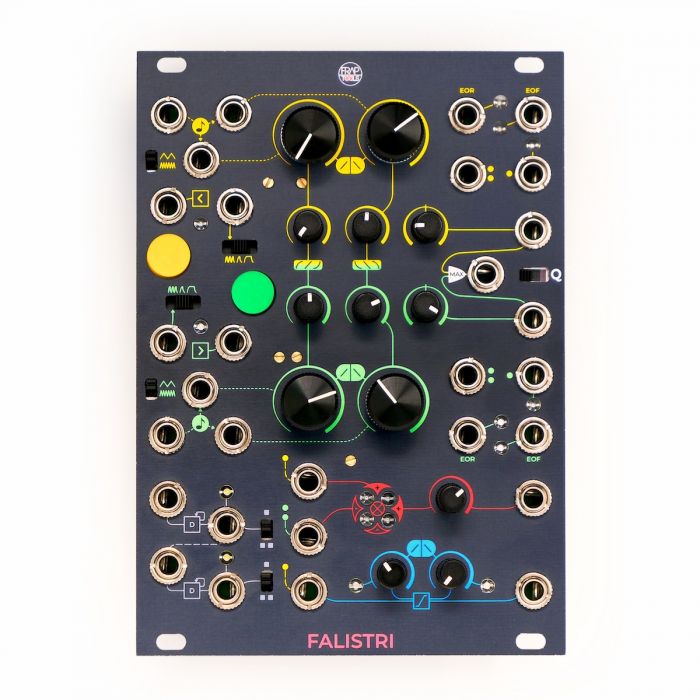 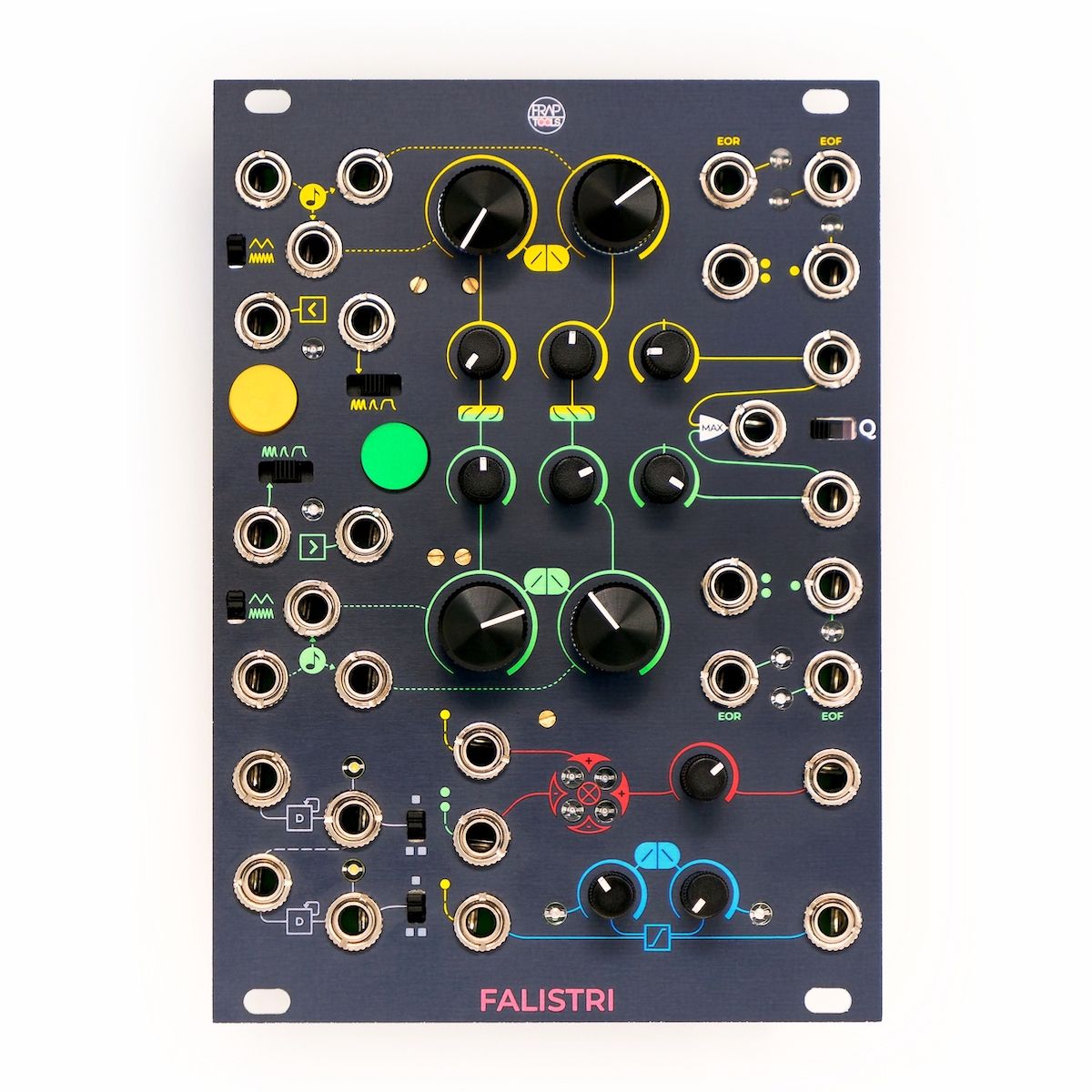 The FALISTRI is a fully analog multipurpose movement manager designed to generate and edit voltages to easily accomplish any patch.

The module can be divided into two big parts: in the upper two-thirds of the panel take place two specular function generators, while the lower third is composed by a dual cascaded frequency divider, a linear slew limiter, and a four-quadrant multiplier.

The generators are made to quickly and intuitively achieve the function needed, providing several outputs and inputs to dynamically change their times and trigs. The main peculiarity in this design is the way shapes are managed:

times are independent of shapes – when sculpting an envelope, you can freely morph from Logarithmic to Linear to Exponential slope, without changing the time needed to complete Rise or Fall (and their Loop time when used as an oscillator);
shapes are exclusive per each stage – you can have Logarithmic Rise and Logarithmic Fall, Linear Attack and Logarithmic Fall or any other combination of the three modes, and of course any blending in between these shapes, allowing deep sculptures of sound when used as a Control Voltage generator as well as an audio source.
The time switch scales the time factor on both the ‘Rise’ and ‘Fall’ stages in each generator.

Both manual buttons (for hands-on control) and external trigger/gate inputs are available, and the generators can operate in the possible play modes:

Also known as “flip/flop” or “sub-octave processor”, each of these circuits changes its logic state each time a low to high transition is performed. The sections are semi-normalled in order to achieve 1/2 and 1/4 outputs from a single input. Output range switches are useful to obtain unipolar (0V/+10V) or bipolar signals (-5V/+5V).

The two inlets are semi-normalled to yellow and green generators. The 4 led matrix shows which of the quadrant is currently in use.

It may also be used as a VCA, with a linear CV response.

Also known as “portamento” or “glide” when using a pitched CV, this processor comes into play when any voltage smoothing is needed. With independent rise and fall slew rates, it is possible to precisely smooth any kind of voltage transition.