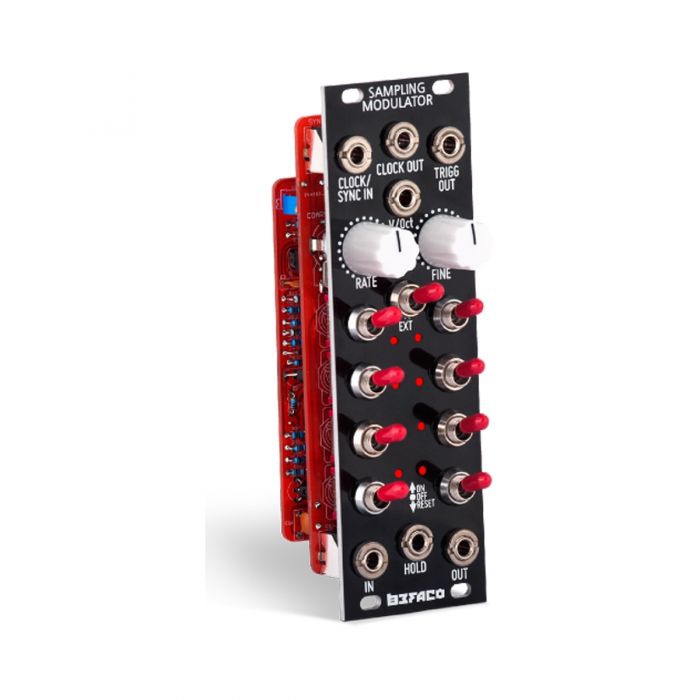 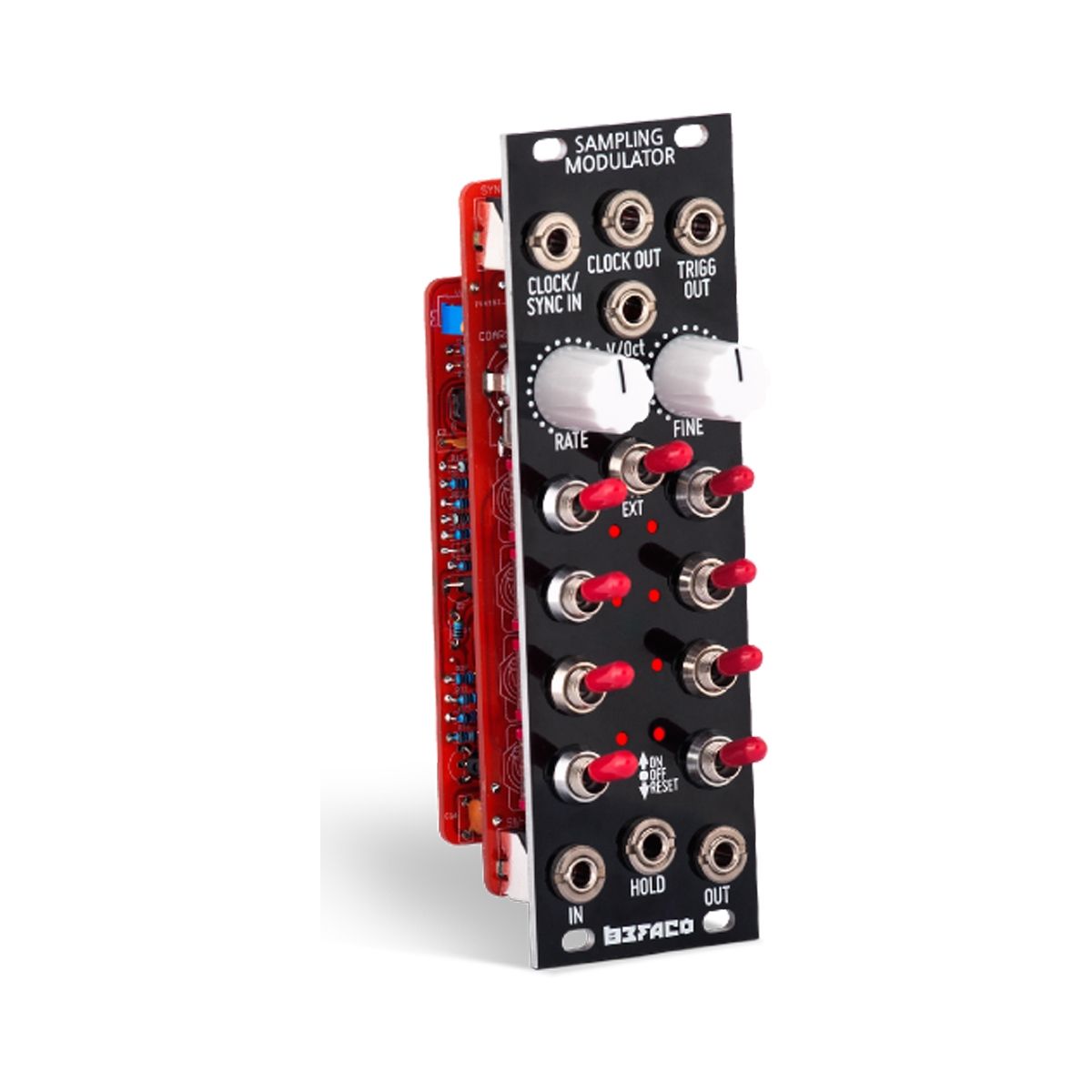 Be the first to review this product
£225.00
In stock
SKU
BEFA-SAMP-MOD

The Sampling Modulator is a multi-function module that lies somewhere between a VCO, a Sample & Hold, and an 8 step trigger sequencer.

FEATURES
This module can function as:

Sequencer Clocked Sample & Hold
In this mode it acts like a regular Sample and Hold (S&H) but since it is “sequencer clocked”, it is capable of much more interesting patterns than the usual S&H melodies.

The CLOCK input can work in two ways:
1. As a typical clock
2. In “positive going hard sync” mode allowing you to create shuffling and polyrhythmic effects.

The HOLD input can be used to keep certain notes playing.

Analog Down-Sampling Effect
In this mode (with the clock running at audio rates) you can go from nasty and harsh sampling rate reduction to an almost clean signal. (The clock run up to 25Khz without external CV and up to 200Khz with CV on the input).

Sampling Modulator/Shaper
Thanks to the V/Oct clock, by feeding a simple waveshape such as a sine wave to IN, and pitch CV to the VCO as well as to the Sampling Modulator CV input, their related frequencies and aliasing caused by the sampling rate reduction are capable of creating clangorous metallic sounds, 8 bit textures and much more.

The game becomes much more interesting when you try to destroy the wave by flipping on and off the switches of the sequencer (which at times can make it sound like three VCOs running in unison).

To understand how the Sampling Modulator works, keep in mind that we are working with a temperature compensated ramp core VCO with more than 4 octaves of tracking. This allows the timbre to stay the same while you move through the scale as the internal and external VCOs are synced in a fashion similar to “frequency related sampling rate modulation”.

8 step trigger sequencer
A simple utility trigger generator which is also useful as clock divider. The switches have three positions: On, Off and Reset (which resets to the first step for non 4/4 signatures)

Unusual V/oct VCO
You can use the trigger outputs as a pulse VCO. Flipping the switches on and off the switches can offer a lot of interesting timbral changes.