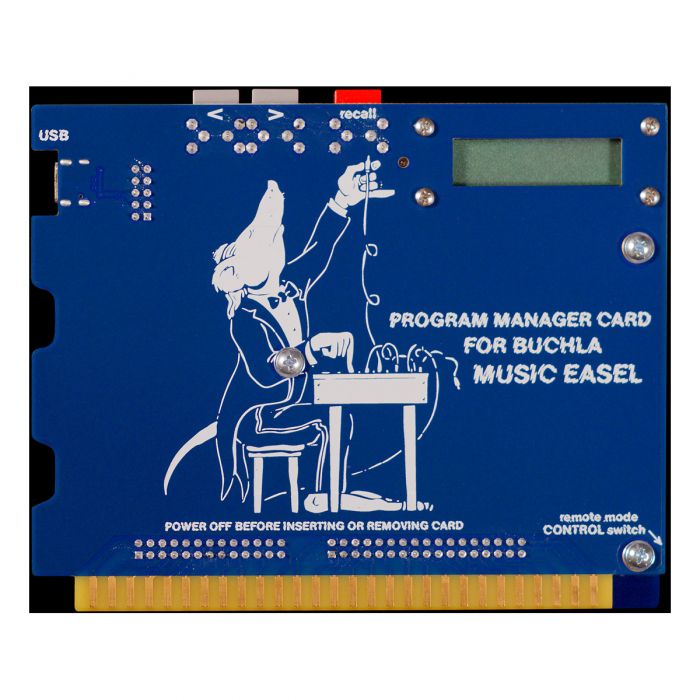 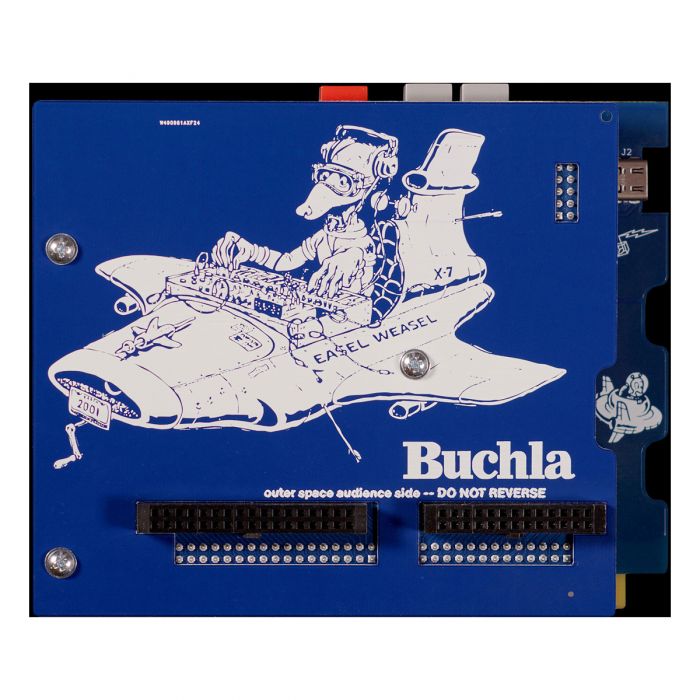 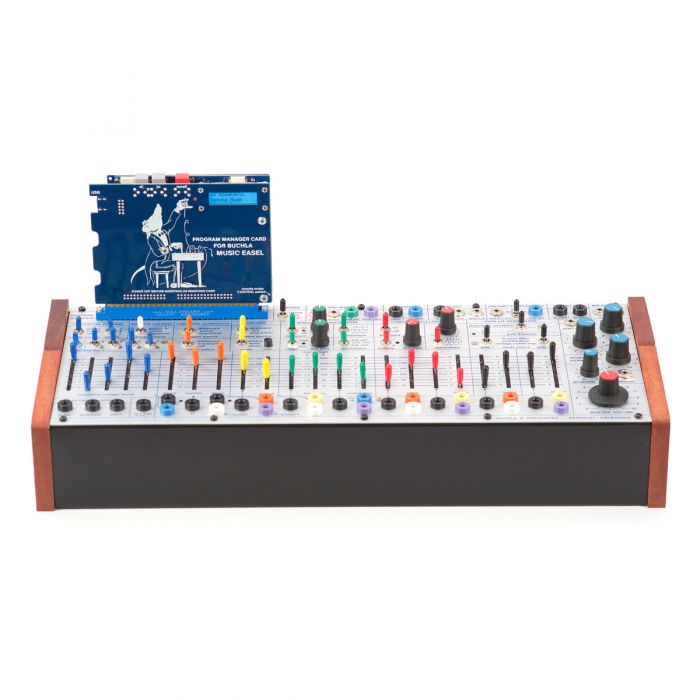 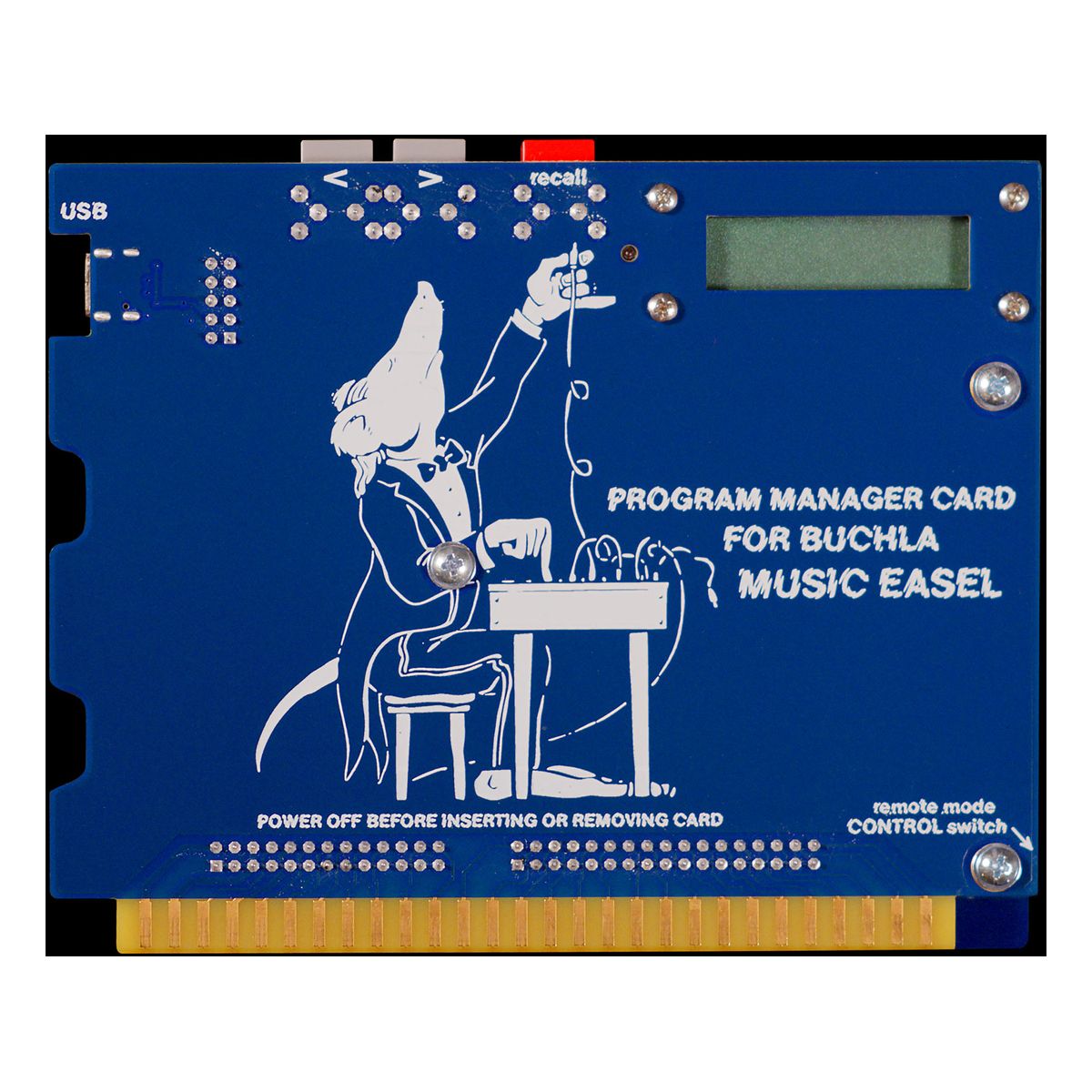 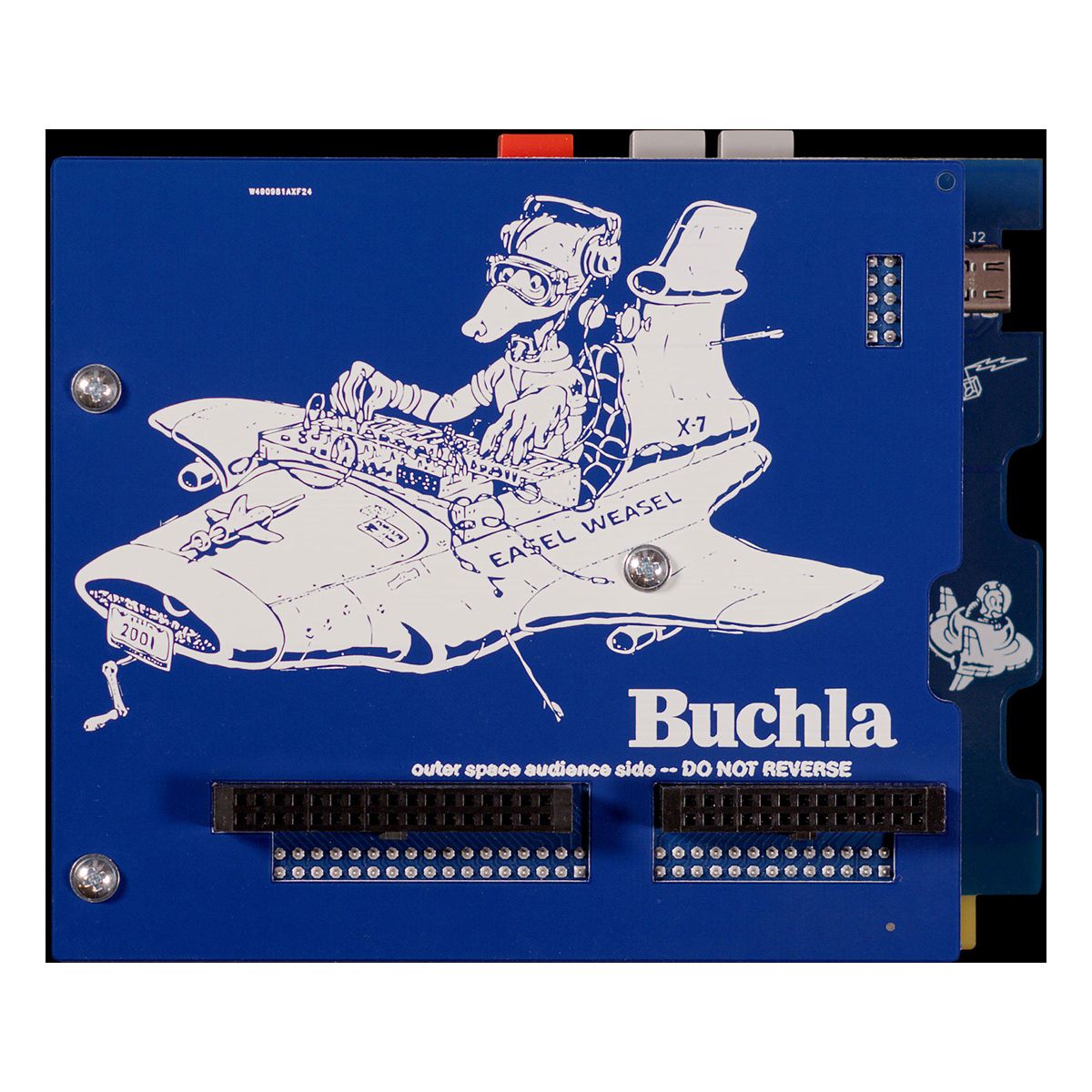 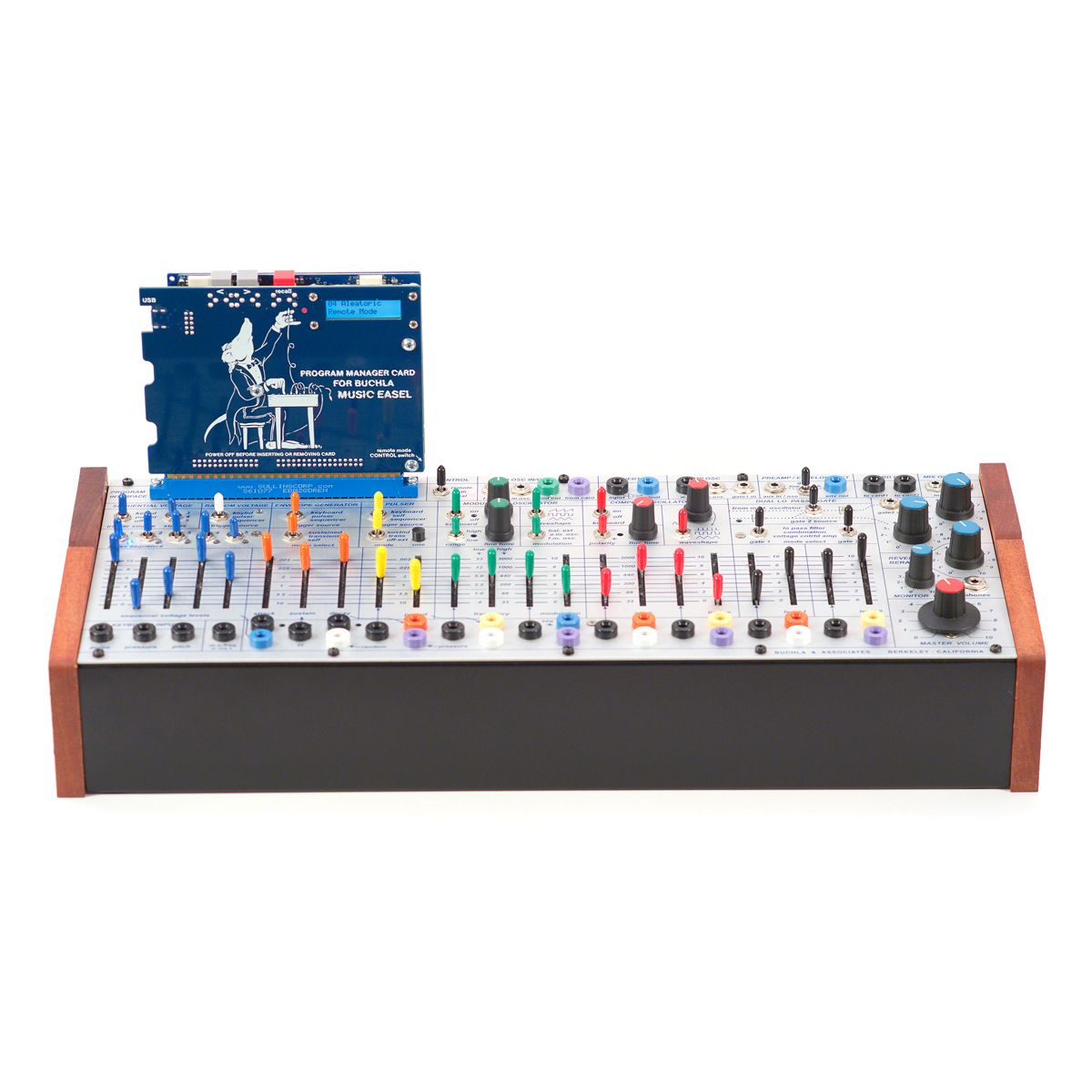 Store your best sonic memories on the Program Manager Card! The PMC takes full advantage of the program interface, storing up to 48 Easel presets and interfacing with your computer with a class-compliant MIDI connection. The Buchla Program Manager App for Mac and Windows gives you the power to manage banks, create programs, and import and export your presets for sharing.

Evolution of an idea

The program interface’s edge card connector was originally designed to let artists create presets by wiring resistors to a circuit board to fix the positions of the sliders and banana connections. Each preset was its own card. Simply swapping cards in the program interface completely changed the sound. This was valuable, if not outright necessary, to musicians who needed to easily recreate patches for performance and create repertoire. The 2013 “iProgram Card” created a vital link between computer and Easel. Now, in 2022, Buchla USA has refreshed and simplified the design, giving it more memory, embed-ability, and making it easier to use.

While you can still solder up some sounds for all generations of the Easel, the new Program Manager Card provides microcontroller precision and computer convenience. Serving as the digital bridge between your computer’s USB port and the 28 pins of the Program Interface, the PMC gives you instant recall and easy access to 48 unique programs that control almost every parameter and patchpoint on the Easel’s front panel. Repeatability and repertoire are made instantly available.

Using the Buchla Program Manager Application in Mac or Windows to design presets gives you even more programming options than the Easel’s front panel controls. The unique “Depth” controls for the patch cords put a virtual knob on every cable, allowing gradual and even inverted connection for every patch point. The fine resolution provided by high resolution controls means you can dial in extremely precise values for parameters, in a way not easily achieved by hand. The application serves as an endless extension to the Program Manager, with nearly unlimited space for presets and bankSharing is Fun

Import and Export features make it easy to backup or share your presets and complete banks with other Easel musicians in a simple, small file.

With the optional embed kit, you can install the Program Manager card directly into your easel, replacing the Program Interface connector with the screen and buttons. Embedding the card makes it easier to control and travel with.

What about the iProgram Card?

The Program Manager Card is an updated version of the iProgram Card. With a firmware update that we’ll be providing very shortly, you can use the new software with your iProgram Card over a USB connection.

The Program Manager Card is compatible out-of-the-box with the Easel Command 208C and upcoming Music Easel. It can be used with the 2013-2017 Music Easels with a DIY modification to the card’s connectors or to the Easel itself.