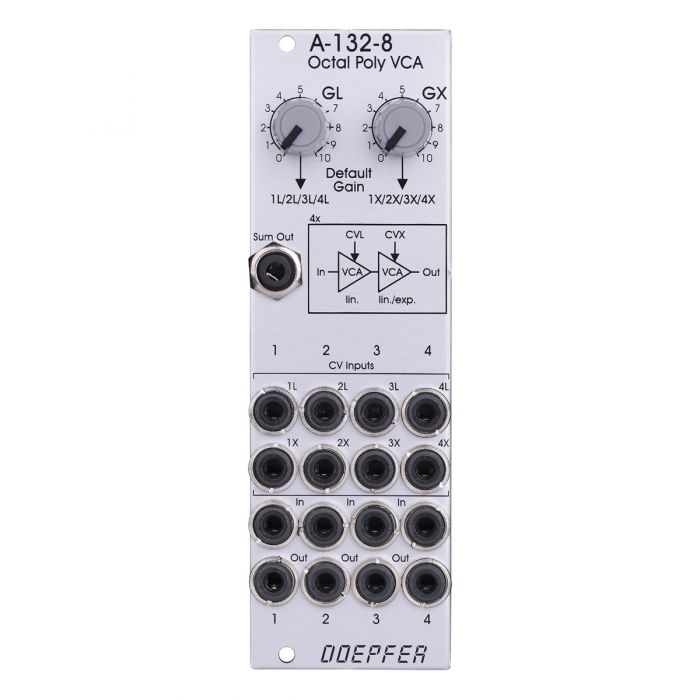 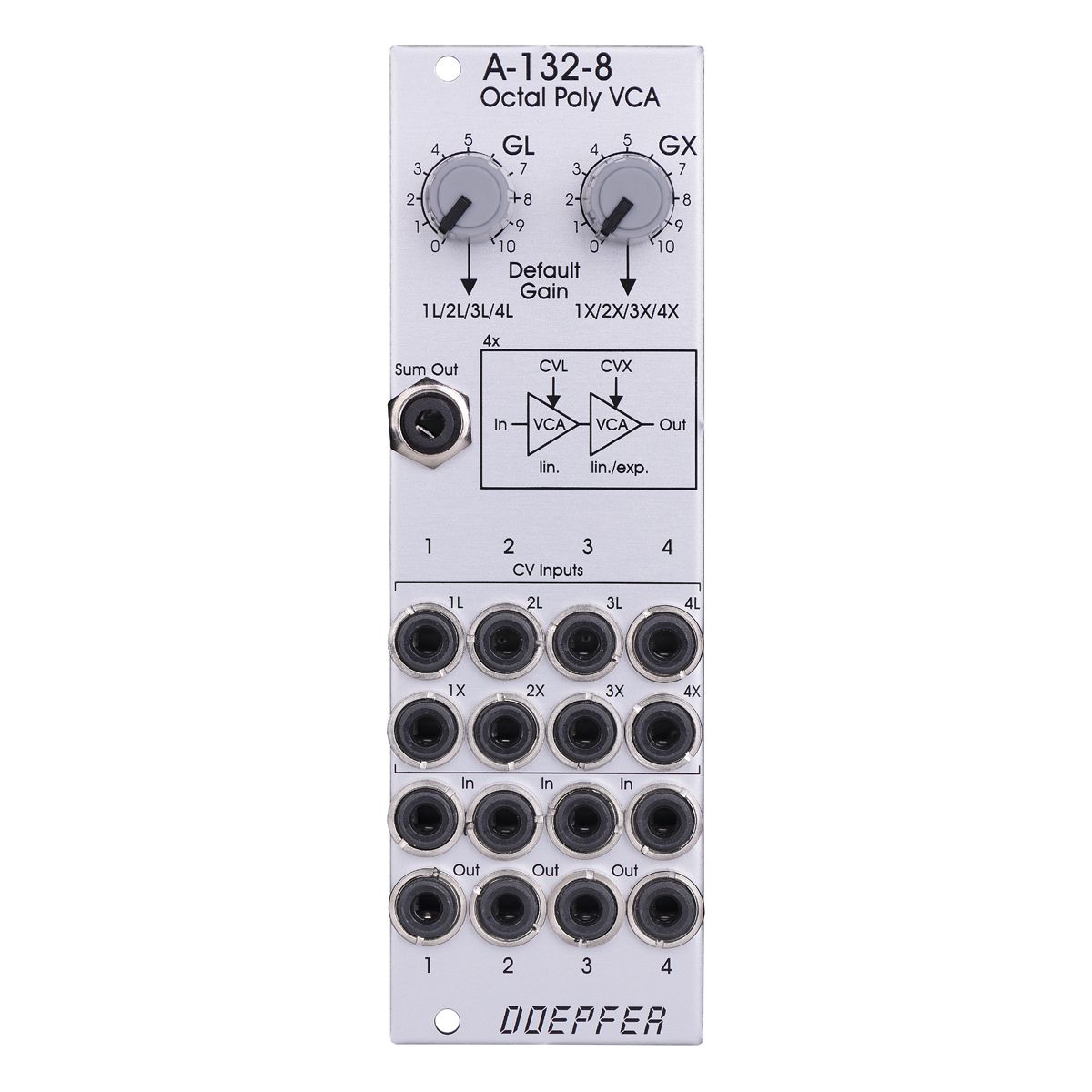 A-132-8 is an octal VCA and primarily planned for polyphonic applications. The module contains four VCA pairs. The amplification range for each VCA is 0 ... 1.  0V CV corresponds to amplification 0 (full suppression), +10V CV to amplification 1. Each pair includes two daisy-chained VCAs. One VCA has a linear control scale, for the second VCA linear or exponential control scale can be chosen by means of jumpers. We decided to provide two VCAs for each voice because usually one VCA is required for loudness envelope and a second one for velocity (or other functions like individual voltage-controlled loudness of each voice, amplitude modulation and so on). All VCAs are DC coupled and can be used in special applications also for the processing of control voltages.

These controls and in/outputs are available:

The module features two Default Gain controls (GL, GX), that enable the opening of the first four VCAs (L) and/or second four VCAs (X). For this the controls GL and GX generate two internal control voltages 0...+10V which are connected to the switching contacts of the sockets 1L...4L (control GL) and 1X...4X (control GX). As long as no patch cable is inserted into the socket in question the internal default control voltage (GL or GX) is used to control the corresponding VCA. This is necessary when the VCA in question is not in use (i.e. no external CV available). Otherwise the VCA would close and there would be no output signal even if the other VCA in the chain is open. The controls GL and GX are also useful for testing polyphonic patches (e.g. for tuning the VCOs).
As soon as a patch cable is inserted into a CV input socket the corresponding internal default control voltage (CL or CX knob) is no longer used to control the VCA in question. Rather the external CV patched to the CV input socket does now control the level of the VCA in question.
The sketch below shows the internal structure of the module.

Factory settings:
The trimming potentiometers of the CV inputs are adjusted for a CV range 0...+10V - matching to the polyphonic ADSR module A-141-4. But the sensitivity of each CV input can be adjusted by means of a trimming potentiometer to adapt the CVs even to other control voltage ranges.
The jumpers for the second VCAs are installed for linear control scale (i.e. also the VCAs labelled "X" are linear VCAs from the factory).

Technical note:
Due to the amplification tolerances of the VCAs (up to about 10%) the output loudness (controlled by the knobs GL/GX and the CV inputs) is not exactly the same for each channel. If an exact ganging of the loudness is essential the module is not suitable. Please keep in mind that even four musicians will never play exactly the same loudness.