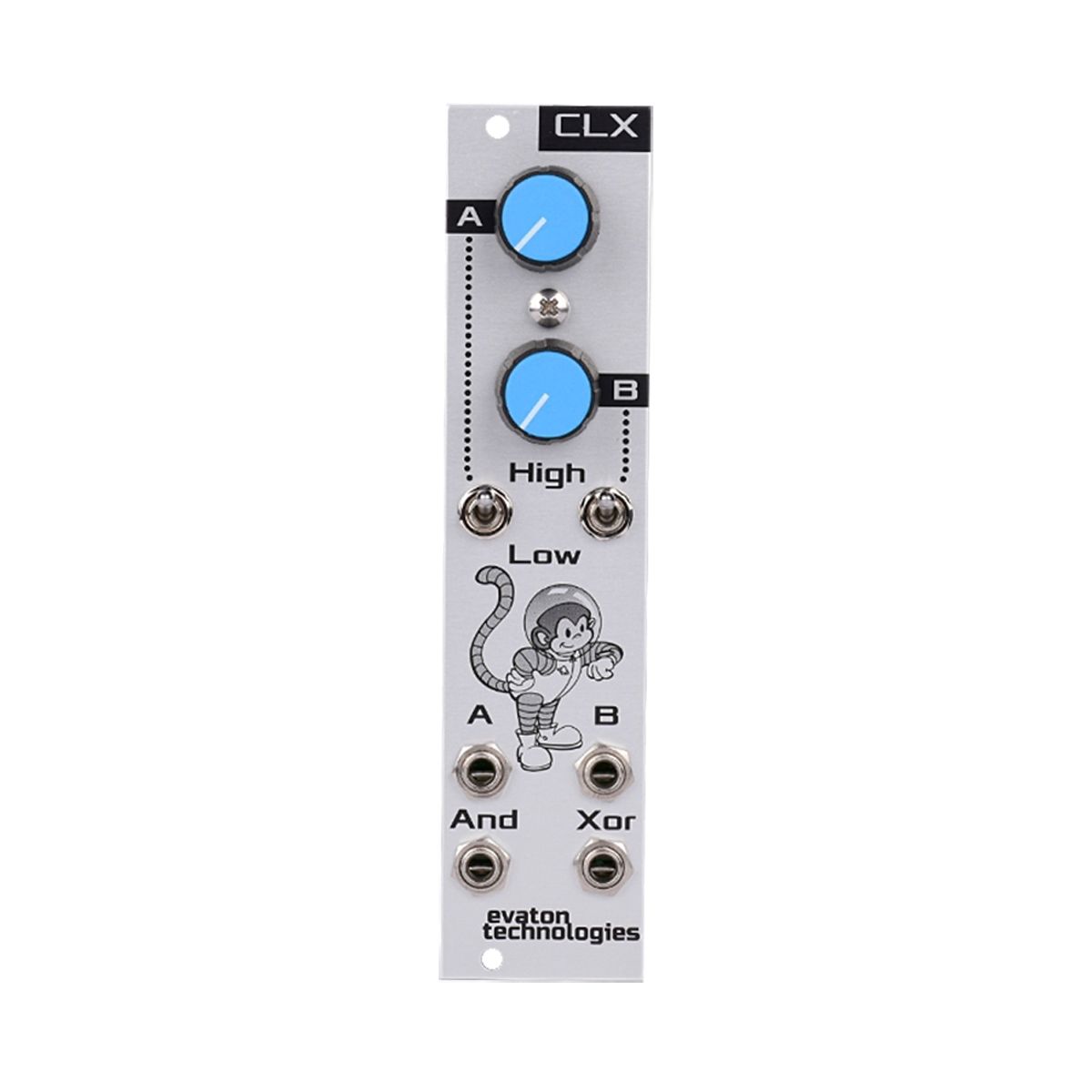 Stop using up your LFOs as clock sources in complex patches!

The CLX is a dual clock source module, with two independent, free-running, 50% duty-cycle square wave analog oscillators, plus logic outputs. Each oscillator has its own frequency control knob, and a high and low frequency range, which is selectable via a toggle switch.

The frequency ranges from less than one cycle per second up into the low audio (several hundred hertz) range.

The logic outputs allow you to create some complex rhythmic material by using the ratio of the two clock rates to produce intricate repeating patterns of clocks.

Gate Driver
All CLX outputs can also be used as gates for things like Envelope Generators, VCA's, etc. The XOR output becomes very interesting when used as a gate source, as the pulse width of the XOR signal varies as the A and B clocks go in and out of phase.

LFO
The CLX outputs are unipolar square wave outputs, and can be used anywhere a square wave LFO would be used. Using the logic outputs allows you to create a dynamically-changing LFO.

Audio Drone
The CLX outputs go up into the audio frequency range, and can be used as fixed oscillators. The logic outputs sound very reminiscent of ring-modulated drones, as the AND and XOR signals vary in pulse width depending on the frequency and relative phase of the A and B clocks.