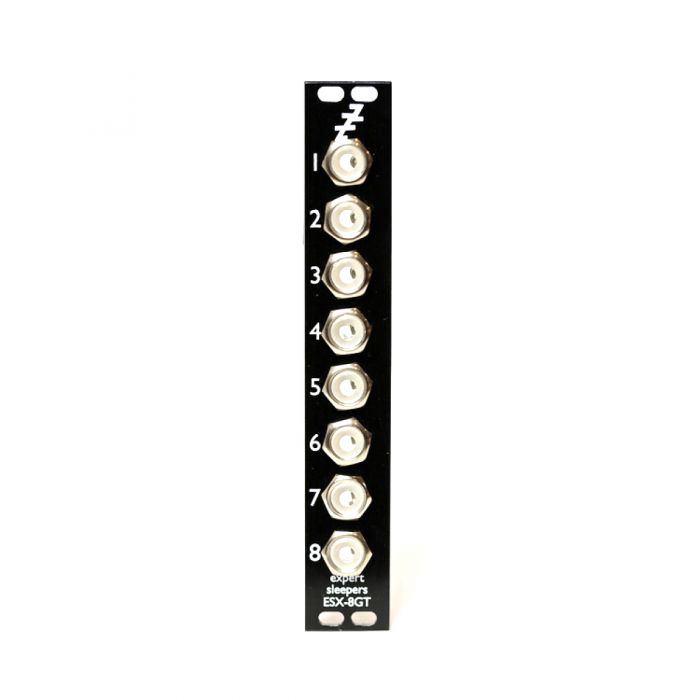 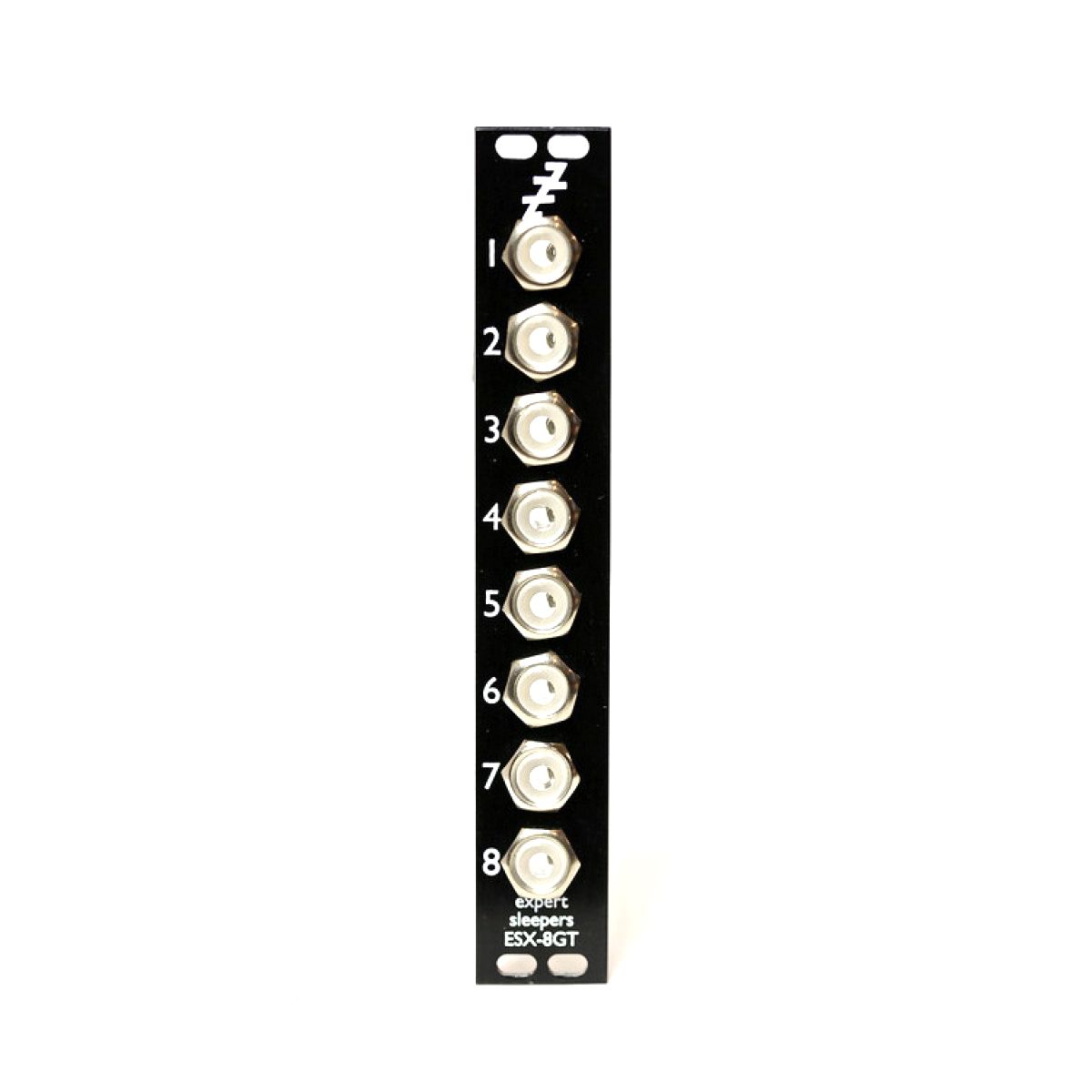 The ESX-8GT is an expansion module for the ES-4, ES-40 or ES-5, adding 8 on/off outputs for use as gates, triggers, clocks etc. from one expansion header.

The ES-4/5 Controller software (part of Expert Sleepers Silent Way) also allows the ESX-8GT outputs to be used for DIN sync or MIDI output* (note - not just MIDI clock output, but as an actual MIDI port, capable of sending any MIDI messages). Since these outputs are driven from an audio connection, they have sample-accurate timing, which no USB MIDI interface can claim. See the accessories page for the necessary cables. Note there is also the ESX-8MD module, which is dedicated to MIDI and DINsync duties.

The ESX-8GT's specifications are as follows:

The front panel is drilled for both Doepfer and Analogue Systems mounting holes (using a 'slot' rather than a single round hole).

ESX-8GT mk3
February 2017 sees the launch of the "ESX-8GT mk3". Functionally equivalent to the ESX-8GT mk2, the mk3 adds illuminated jack sockets, and matches the look of the ES-8 and the other Feb'17 updates.