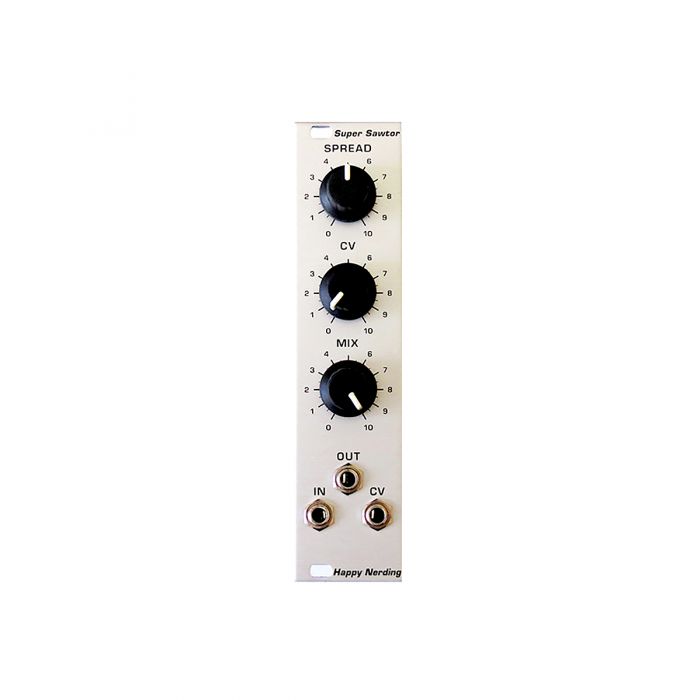 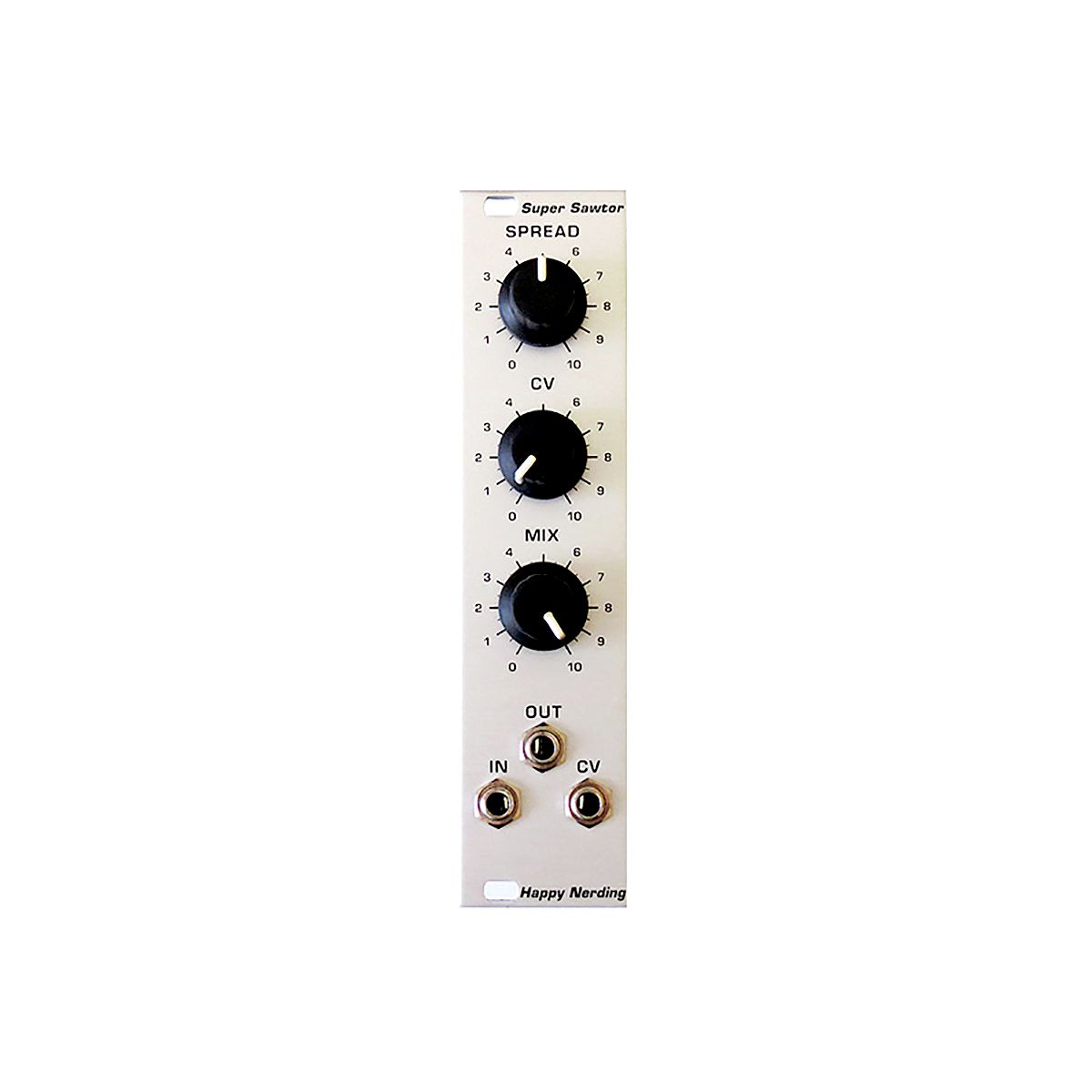 Super Sawtor is the module designed to produce unison like waveforms from the incoming signal. The best results are achieved using sawtooth, triangle or sine waveforms as an input signal. Unison spread has been tuned to give almost the same type of harmonics smearing as the famous Roland jp80x0 supersaw oscillator. Thus feeding the Super Sawtor with a sawtooth waveform will result in a typical supersaw output.

It is also should be mentioned that Super Sawtor is a completely analog circuit free of aliasing.

No external modulation sources are required for proper operation of the module. However the user can add changes and modulation to the manually set “Spread” amount by using “CV” input and adjusting “CV” knob to the desired degree.

Two identical Super Sawtors are available in one module of DOTCOM format, each of them has separate inputs/outputs and controls. So the module can be considered as double Super Sawtor. Lower sub module has internal connection of its inputs to the inputs of the upper sub module. That is a handy option saving one input connection in cases when you want to share the same input for both parts. This internal routing is disconnected each time a plug is inserted in the lower sub module’s inputs.

EURO version has one module in contrast to two modules in DOTCOM format, but with added MIX control. This MIX control internally mixes the input signal (0 dial position) and the supersaw output.