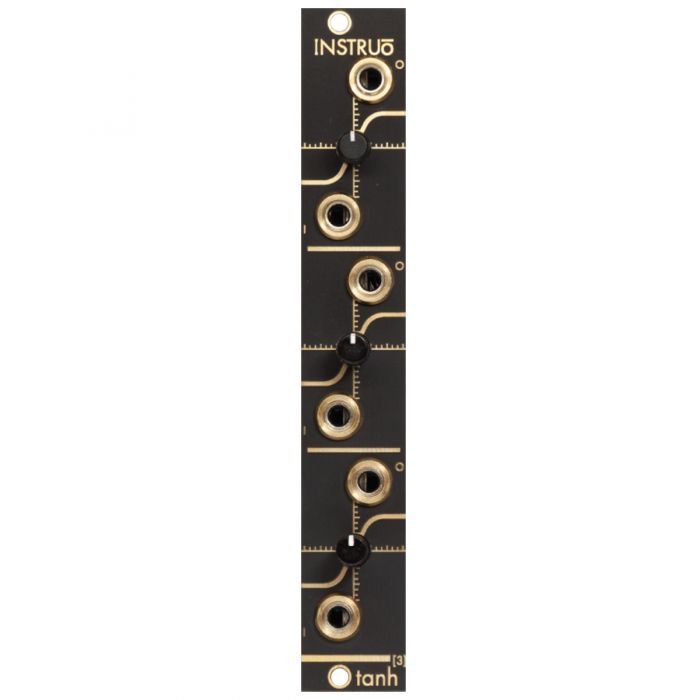 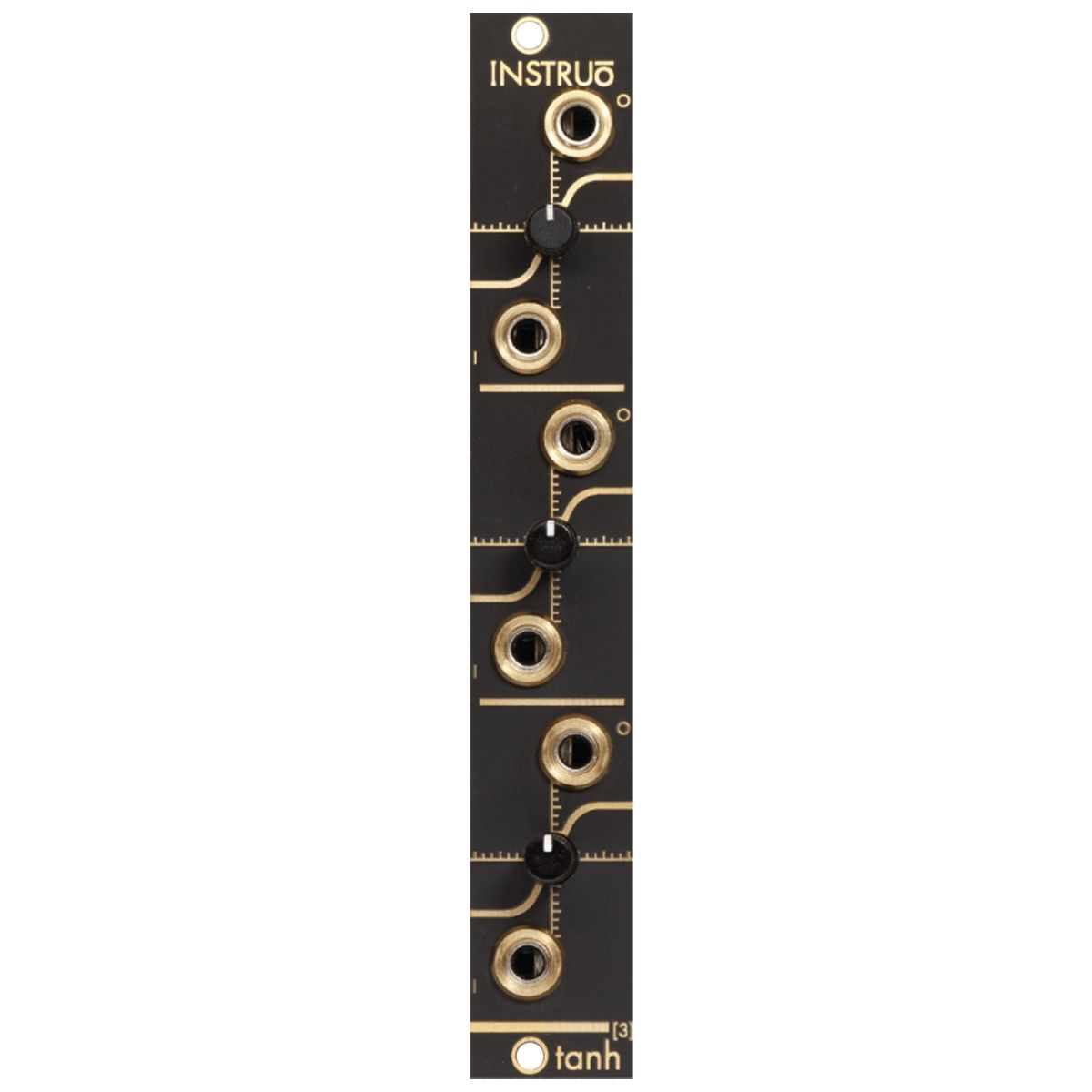 tanh[3] is a three channel, all analogue, wave shaper. It takes an input signal and outputs the hyperbolic tangent function [tanh(x)] for that signal.

In more useful terms, it adds curves to a signal!

Traditionally the circuit is used to shape a triangle wave to a sine but when used with more complex signals it behaves as a single knob limiter.

The tanh has three independent channels for wave shaping.

Description
For many Max/MSP and/or PD users, the [tanh~] object may be familiar. It is likely a much used secret weapon in many contexts!

Describing what the tanh does to a signal, both mathematically and sonically can be a headache, and not particularly useful. So I will describe some particularly fun use cases to give a bit of context.

Feedback is fun. But feedback can get unpredictable.

The user can insert tanh in the feedback path and use it to reign in runaway feedback. Whether it’s feedback in a delay loop, a reverb, filter or straight up microphonic

In this context, it functions as a limiter on feedback amplitude.

Instead of fading away to silence, when longer sustain is desired, or running away uncontrollably, a signal can be controlled much more easily with a tanh. There will be a much wider range at which a feedback oscillation will stabilise musically.

Fully CCW and the resulting signal will be a slightly attenuated pass through of the original triangle wave. As the level is increased, the corners will soften and the waveform will shape into a sine wave.

When a level has increased the sine will soft clip and eventually settle into a unique peaked waveform.

tanh reacts very well when the user runs a complex audio signal through one of the channels. Drum voices especially!

The effect is sonically similar to compression but achieved through wave shaping as opposed to gain reduction. Limiting is a more appropriate description but it definitely has its own unique characteristic.