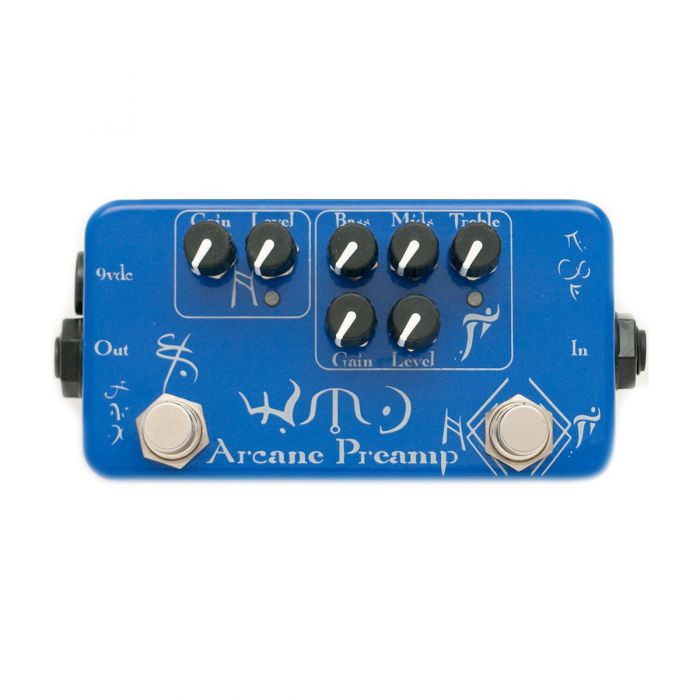 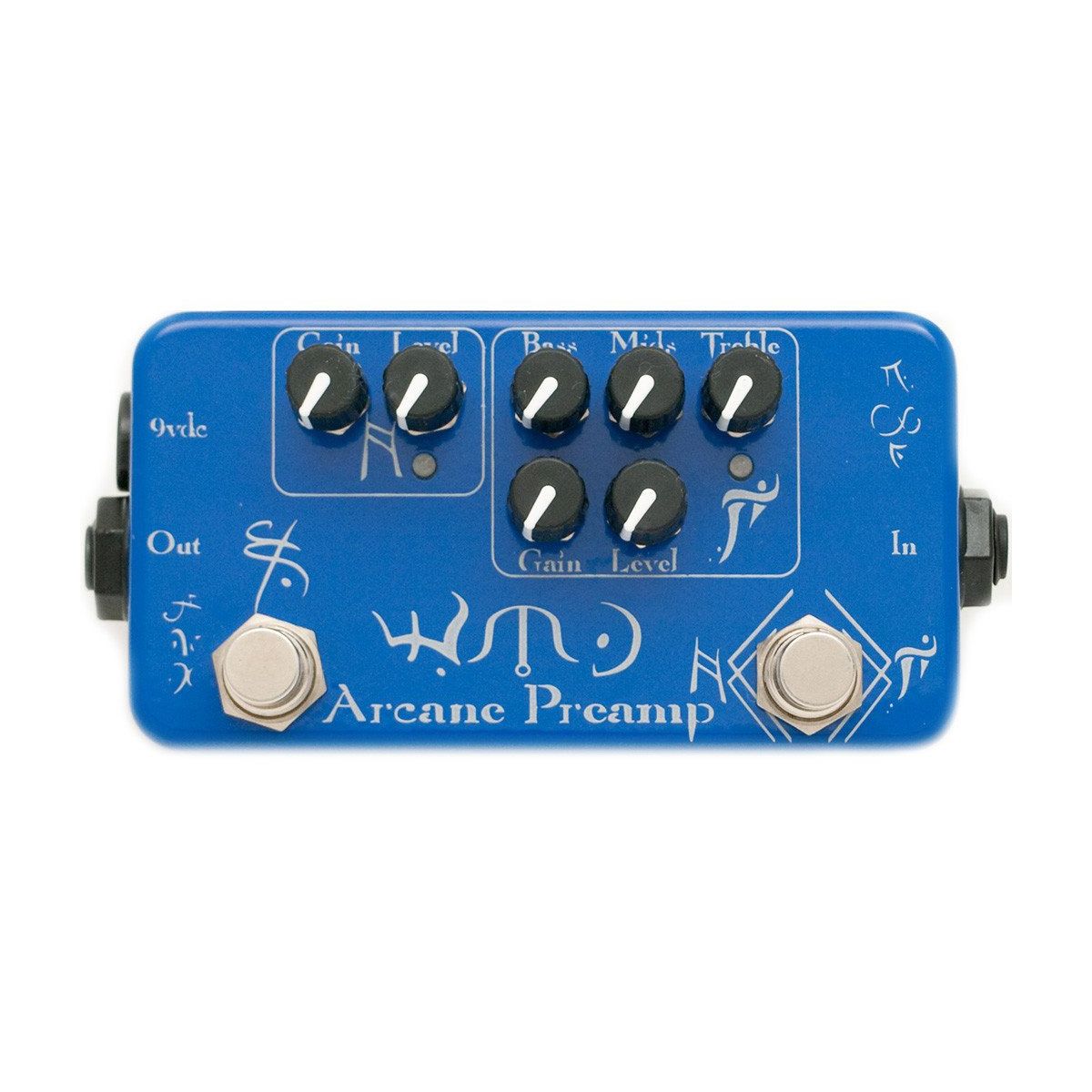 The WMD Arcane Preamp is a two channel true bypass pedal. The first channel is a medium gain boost that adds a little bit of sparkle and breaks up into a soft overdrive when hit hard. The right footswitch activates the high gain fuzz channel which is fed by the boost and can provide hot lead tones or maximally crunched fuzz. A three band tone stack allows you to sculpt the fuzz tone into just what you want.

Left Stomp - This foot switch bypasses or activates the pedal. The Arcane Preamp is wired true bypass, so it won't affect your tone when disengaged. When engaged the blue LED on the left side will be lit.

Right Stomp - This foot switch selects the channel. The indicator for the channel select is under the fuzz channel tone controls. The LED will be lit when fuzz channel is active.

Boost Gain - The leftmost knob controls the gain of the boost channel. This will add a bit of sparkle and clean gain at medium levels. Crank it to get soft clipping and lots of volume.

Boost Level - This controls the output of the boost channel, setting ratios of the gain and level will allow more gain and overdrive without too much level. Or medium gain and maxed level for a big clean boost.

Fuzz Gain - When the fuzz channel is engaged, it follows the boost channel. This knob takes the output of the boost and adjusts the level going into the fuzz. This channel has a boatload of gain. Low to medium levels provide touch sensitive distortion, crank it much past half and it starts to crunch. The fuzz channel can provide killer sounding feedback.

Bass, Mids, Treble - The amp style tone stack is broken into three bands. Use it to sculpt your fuzz tone. The treble control is very sensitive around the middle with a ton of variation in sound.

Fuzz Level - Since the tone stack is all passive, the stack feeds a final amplifier which puts out a ton of level. Use this to level your fuzz tone with the boost tone or to drive your amp's input stage to hell.

Battery & 9VDC jack: Use a standard 9V battery inside the pedal for many hours of life, or use a BOSS style power plug (center negative) to power the Arcane Preamp.
Every WMD product is warranted for 12 months after purchase, but please contact us if you ever have problems. We will take care of you.