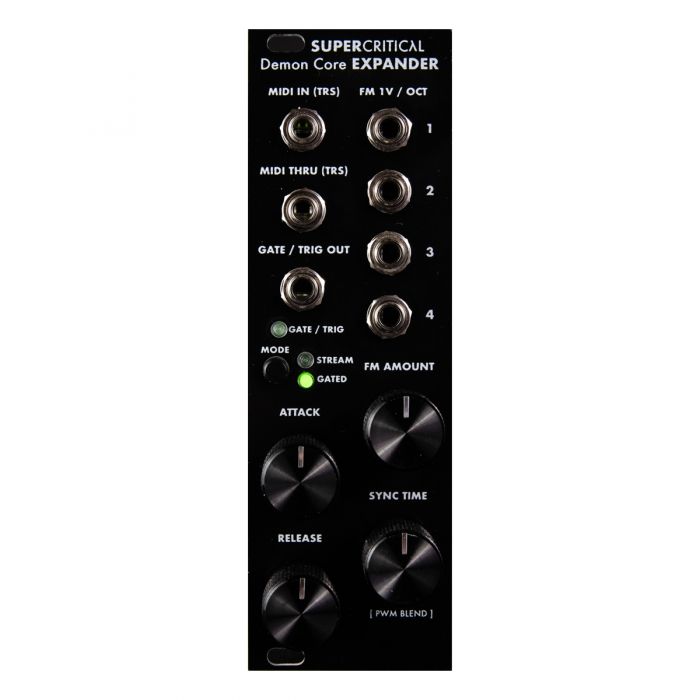 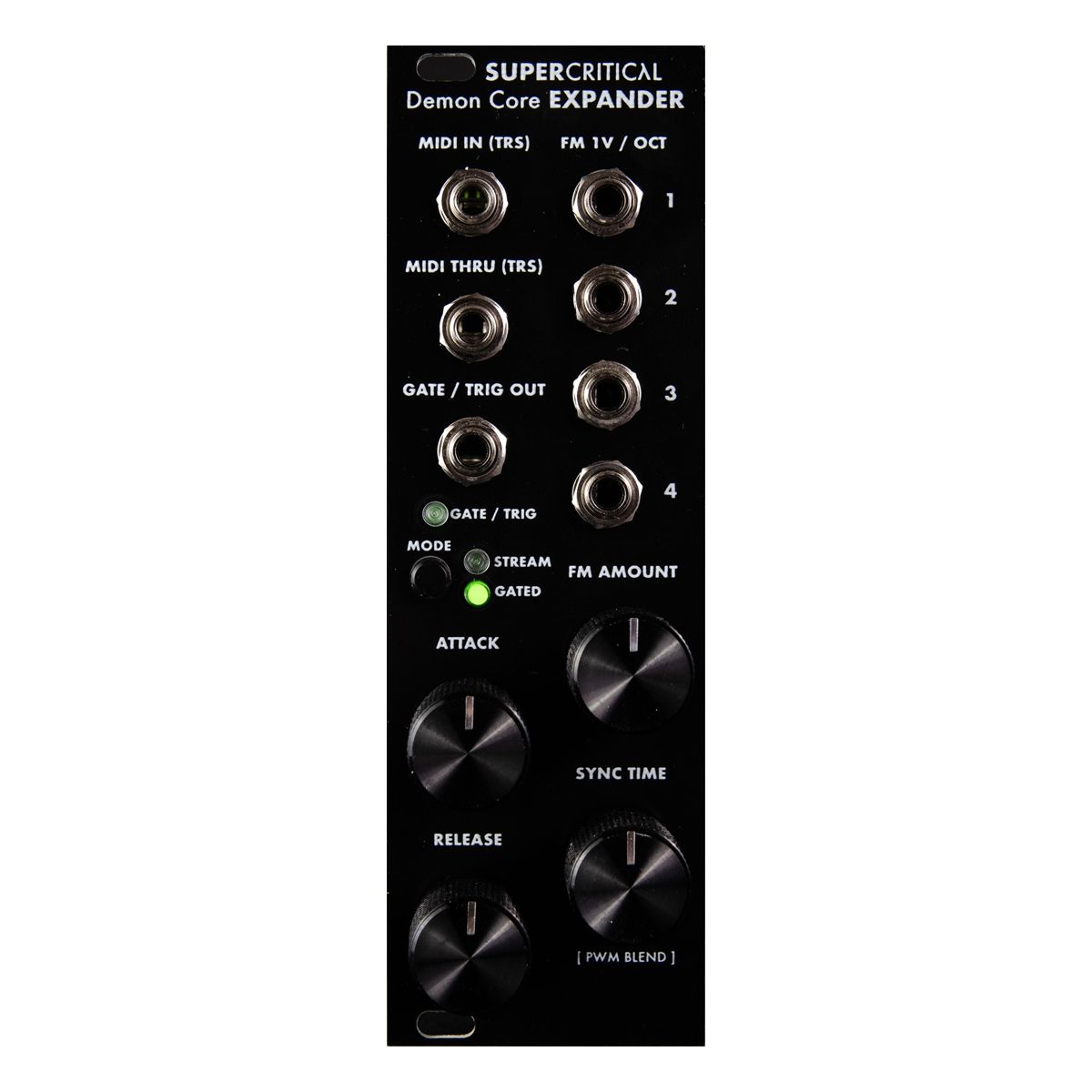 The Demon Core Expander extends the capabilities of the host oscillator even further.

The main feature is polyphony. The kind of polyphony you can play with your keyboard. All 16 voices can be used in various polyphonic settings. 16×1, 8×2, 4×4, 2×8 unison stacks you name it. Octave stacking works too with polyphony.

Polyphony can be controlled via four 1V/oct pitch CVs with attenuator and MIDI. The pitch CVs control the first four voices of polyphony. MIDI handles the full polyphony and introduces the MIDI gate mode. The oscillator itself produces a constant stream of sound but it can be set to gate mode with “virtual VCAs” for each voice. Of course all of this happens in the analog domain.

As we have gating for each polyphonic voice, it wouldn’t be as cool without the ADSR envelope. This makes the oscillator a mean pad or string machine. We’ve also included a handy gate out which the MIDI gate triggers. It can be used for triggering envelopes or LFOs. It even has a retrig mode for maximum searing funk.

Our MIDI connects via a 3,5mm (1/8”) TRS plug and is mirrored to the MIDI thru jack we’ve included as a utility feature. While the MIDI TRS has standard as “Type A wiring”, some machines or adapters do have a backward Type B wiring. Our module handles both polarities automatically. MIDI Thru can be set either way via jumpers at the back.

The last thing we have crammed in is the time control for the phase sync thing which also triggers from MIDI. You can adjust the waves to be in sync from future to past. “They will be in sync” to “They were in sync”. This way you can fine tune the massive bass patch even further. Or make extremely long evolving pad sounds.

Remember we told you that was the last thing. We lied. There’s also some alternative CV modes for sync time, sync randomization, octave stack depth, interval for octave stacking and a sine LFO for mod wheel (that’s for even more funk). We’ll introduce some features via software updates when we come up with cool new features.

As this is an expander module, it requires the Demon Core Oscillator to work.