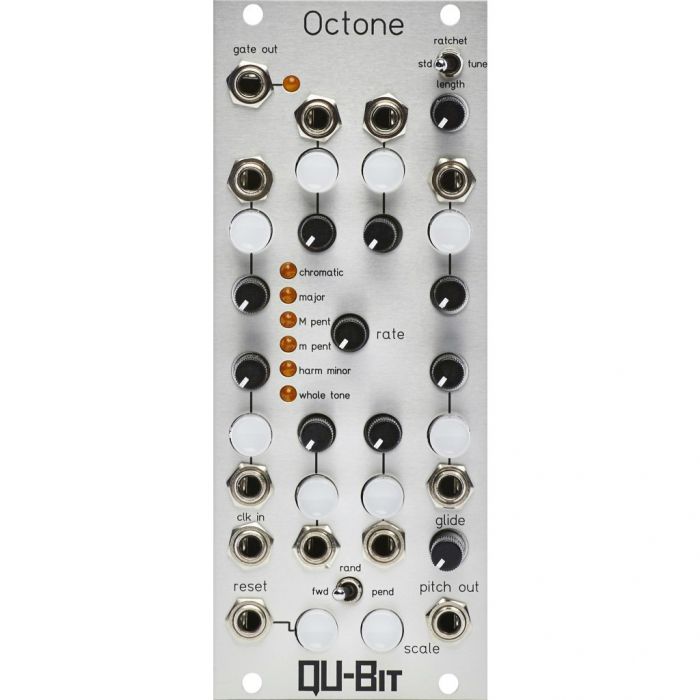 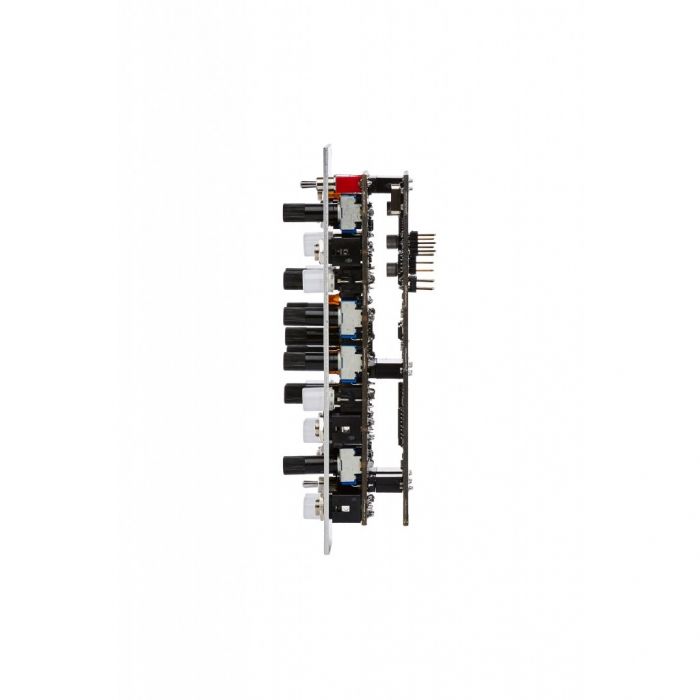 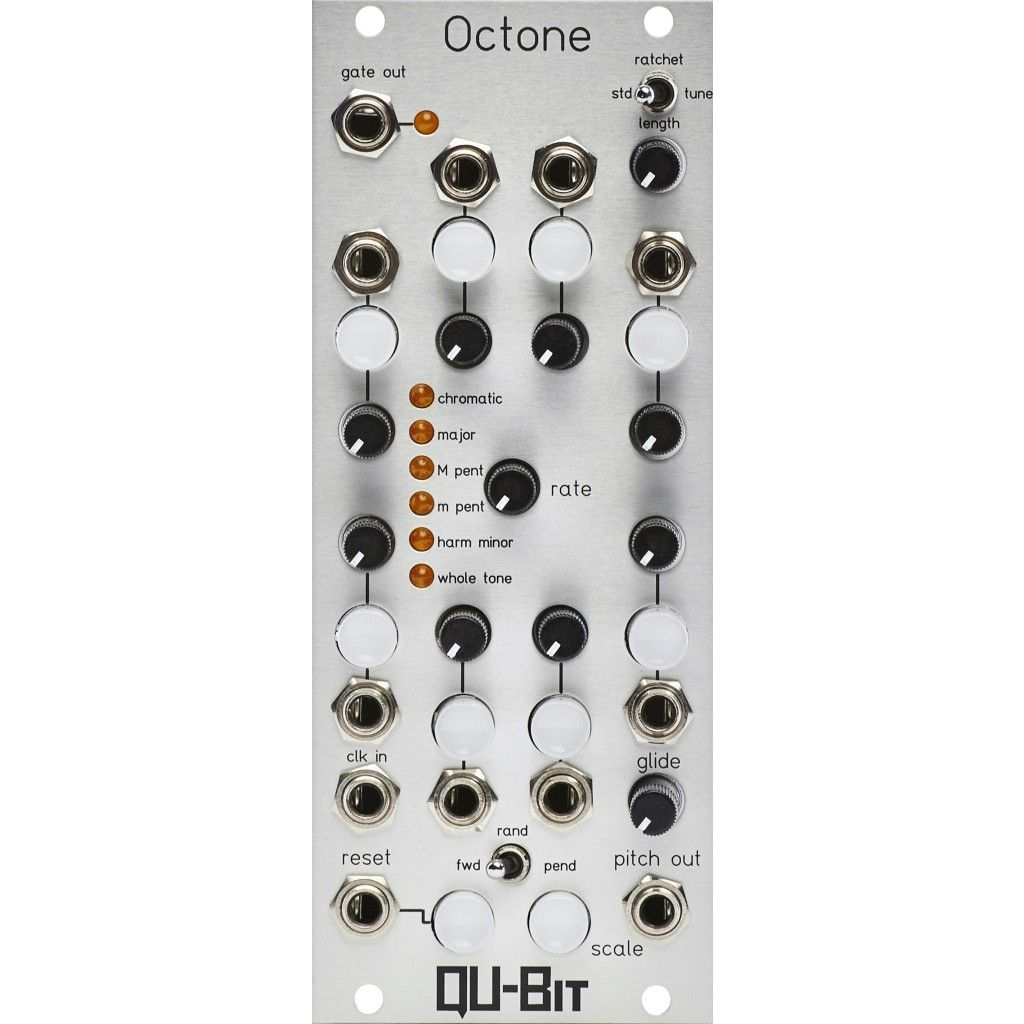 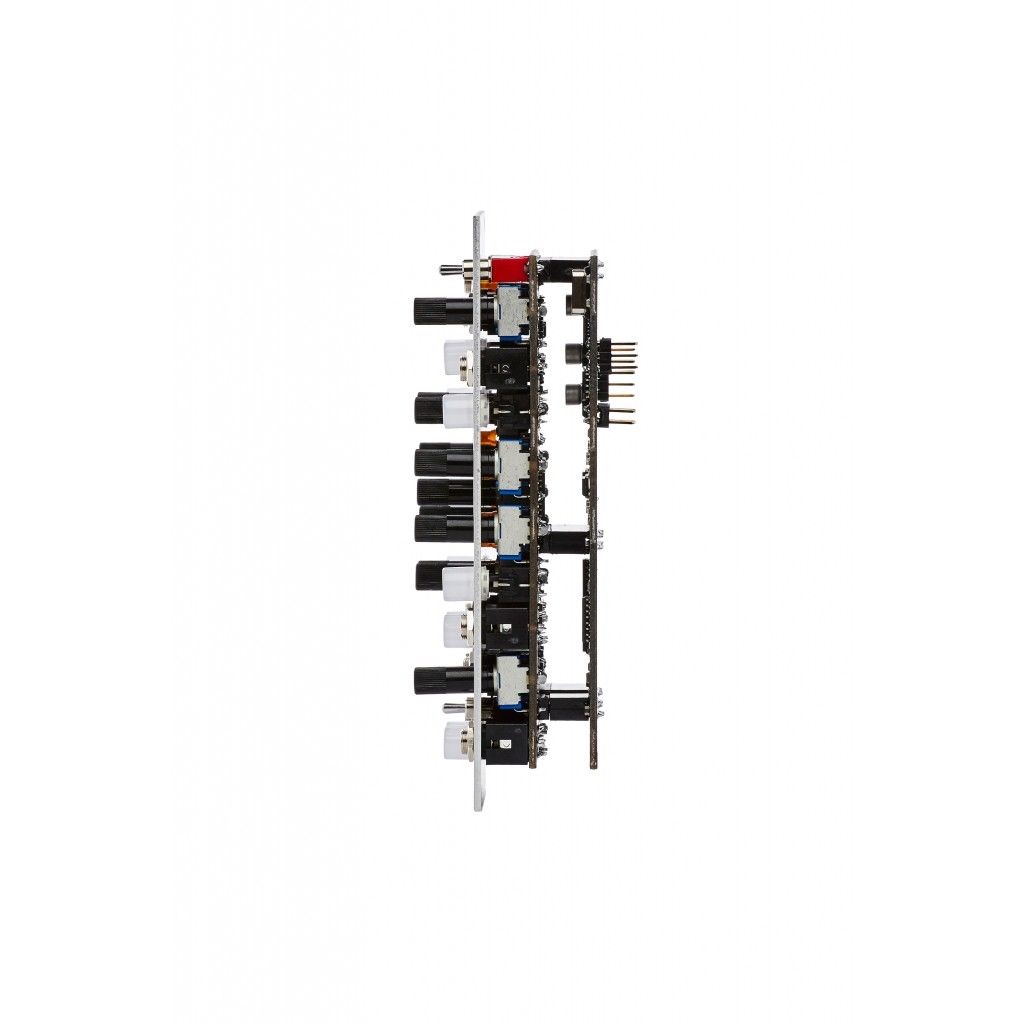 Octone is a sequencer designed with the creation of music in mind. Tonality, rhythm, and rests are all built into this powerful module.

The pitch output can be quantized to one of the pre-defined scales or unquantized, allowing for the creation of microtonal melodies. Scales are easily selected via a button and will save between power cycles; no more menu diving or edit functions needed! Analog portamento can also be applied to the pitch output, providing a smooth glide between notes.

In addition to the extensive control of pitch, gate programming has never been easier. Each step of the sequencer has an associated gate out which can be used for effect throws or timbre modulations for each note in your melody. There is also a customizable global gate out, allowing for the inclusion of rests and repeats to your sequence.

With the combination of powerful pitch and gate controls, the Octone is the ideal sequencer for crafting tonal melodies with intricate rhythmic patterns.

- Can be internally or externally clocked

- Gate out for each step

- Two Octones can be chained to provide 16 steps

- When chained, the secondary Octone's pitch out becomes a transposable harmony of the primary unit